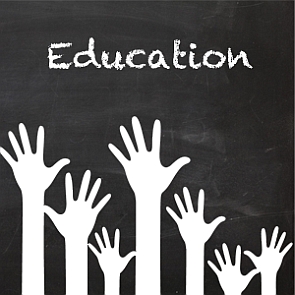 That’s right, you heard me. There are still a ton of people all over the world that are only conducting their business with a pen and paper. They are not using any type of computer system whatsoever. Even though we are here in 2011, they simply refuse to move ahead with technology. Now, I understand how someone could get overwhelmed by a computer when working tracking invoices and taxes, but I’m talking about people that are so out of tune with technology that they do not even use email. It’s Crazy!
I promise, I am not making this stuff up. I personally know a guy very close to me that absolutely refuses to use the computer. He often refers to it as a “labor saver” machine and it just confuses him. Well, of course it does. A car confused me the first time I ever got in one. Eating confused me when I was a baby. Walking beat me for nearly a year. The fact is, it is always going to confuse you until you jump in there and learn some things.
The guy I am talking about has been in business for himself for right around 30 years. He has never used a computer, although his secretary did have one throughout the last few years. And, when tax time comes around, he would simply turn all his information in to his accountant and pay them to take care of it. I mean, this guy could go back and double check the accountant on how he did the taxes and could point out mistakes that the accountant made, meaning he was a very smart guy, but he would have no idea how to navigate to his email. As a matter of fact, I am sure he could eventually find the power button on the computer, but that is as far as I think he could ever take it.
The fact is, he has never HAD to use the computer. He has always had his secretary or other hired help to do those things for him. So what does that mean? In my opinion, the man will never learn how to use the computer. He doesn’t want to, and that is OK. It obviously means that you don’t have to have great computer knowledge to run a business and back many years ago, a computer wasn’t needed, but in this day and age it most likely is. So, you don’t have to have that specific knowledge to run a business just as long as you have the right people in place to take care of those things. Whether it is done in-house, or outsourced to another firm, the point is, it is needed to conduct business.

August 20, 2020 Public Education Comments Off on Computer Problems Can Kill Your Online Business

Nobody likes a dumb question. This includes the members of your online business team who ensure that customer complaints are met with helpful answers. Unfortunately, most customers are so excited to use their new product […]

Why Your Business Is A Marathon

September 15, 2021 Education For All Comments Off on Why Your Business Is A Marathon

I could send you to websites now where the copy immediately starts talking about you making thousands of dollars in a few short days. What would be the point? You and I both know it […]

Still Doing Business With Pen and Paper Only