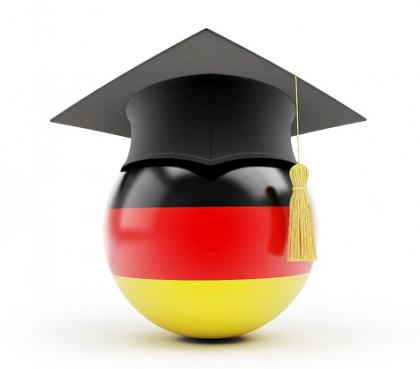 Nobody likes a dumb question. This includes the members of your online business team who ensure that customer complaints are met with helpful answers. Unfortunately, most customers are so excited to use their new product that they neglect to educate themselves with the user manual. These same frustrated customers will call support with questions that are easily answered, tying up the phone lines as customers with more complex complaints anxiously wait.
However, there is a solution – it’s called help desk software or customer support software. This software is designed to either help customers help themselves or to assist customers in contacting technical support. There are a couple ways that help desk software accomplishes this task.
Most customer support software will include a list of frequently asked questions (FAQ). An FAQ is a relatively short list of some of the most common questions that are asked of customer support and their answers. When customers first use help desk software, they should be exposed to a program or self-help list which will attempt to answer their questions before they ever get a chance to make a call.
Most major retailers are performing this task today by funneling customers needing support into a short questionnaire or troubleshooting session, handled by software, which will either answer the customer’s question or display contact information for phone support.
There is another option which separates the customer from costly phone support – text support in the form of chat messaging and email. The email option allows support teams to handle customer questions on their own time, allowing for more efficiency in handling complaints. It also allows more severe complaints to be handled before all others as support employees can choose which complaints they address first.
Chat messaging does not offer this triage effect for severity of complaints, but it does connect customers and support employees in a way that minimizes wait times and confusion. When on the phone, poor connections and differing accents can result in many poorly transmitted messages causing confusion and frustration. However, text is always clear and, in most cases, understood.
So you see, help desk software can do wonders for your company’s online business. While your competitors’ support teams are gridlocked with customers asking simple questions, you can educate your customers on how to use your product without even answering a complaint.
As your competitors’ support teams struggle to hear customers with bad cell phone reception or different accents than their own, your support employees will be sending satisfied, educated customers on their way. In business it all boils down to who can provide the most value to their customers. By contemplating adding help desk software to your online business, you may give your company the edge it needs to outclass the competition.

Everyone knows that having an associates or bachelor’s degree increases your chances of getting a better job with more salary and benefits. But you might be wondering if it is worth it to get a masters degree in adult education. In the education field there are many specialties, one of which is adult education. If that is your field of study, here are some reasons that you should get your masters.

The primary reason that most people choose to get their master’s degrees is that they can make more money the more education that they get. A master degree exponentially increases your earning power. Your school system probably has a pay scale that has levels depending on experience and education. The difference in the amount you get without an MS and with an MS can be several thousands of dollars a year.

Another good reasons are protection and advancement. If you want to go farther in your job field than a teacher then you need to have more education. School and district administrators need to have higher degrees. If teaching at a college level interests you, then you need to have at least a master’s degree in education. Not only can you advance in your current job, you also have more job openings available to you if you have to leave your old job. Having that added degree will also make you more attractive if your school district has to make cuts.

Most state licensing boards require that teachers have to have a certain amount of continuing education each year. Going back to school to get a master’s degree in adult education is a good way to meet those requirements. Some school systems have even higher continuing educations rules for their teachers.

This might not sound like the best reason, but it really is a good one. You want to challenge yourself and see how far you can go. Going on to graduate school and getting your degree in adult education shows that you can. It doesn’t matter if you are doing it straight after finishing your bachelor’s degree or if you are going back after a few years away from school, getting your degree proves to yourself that you can do it.

Note: You are free to reprint or republish this article. The only condition is that the links should be clickable. 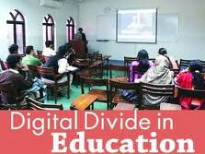 There really is no excuse anymore not to be able to obtain a qualification in your selected field of endeavor. The internet has now made it possible for anyone to be able to obtain an accredited degree all from the comforts of their own home. Earning a certificate in information technology works in the same regard, you are able to run through a curriculum of classes on your own schedule. Here are a few other things to consider before pursuing your certificate online.

The main thing that you will need to consider is the fact that there are no real classroom settings. Everything that you learn and do will be for yourself and on your own schedule. If you benefit most in learning by asking questions in a classroom setting, an online curriculum may not be for you. Although you will still be able to ask questions and receive answers to your questions, you may have to wait some time for the course professor to get back to you.

No classroom setting also means that you are going to have to be very self reliable and actually do the readings and the homework to make sure that you truly understand what is being taught in the course. Information Technology courses are mainly computer courses and will take some time to really get the hang of how to operate certain programs and hardware devices.

One main benefit of doing your degree online is the fact that you can do your homework and take the courses on your own time. If you do your best learning in the morning, all you have to do is hop out of bed, grab some coffee and hit the computer.

Earning a certificate in information technology online means that you won’t have to worry about changing your schedule around to fit your class needs. You can do just the opposite, work your classes around your schedule. This is perfect for those adults that are working full-time and don’t have the flexibility that most young kids have when they go to school fresh out of high school.

No matter what, a certificate in information technology is not going to be a walk in the park even if it is available online. You will still need to do the same amount of work, but now you will have the burden of holding yourself accountable for getting things done and following the curriculum as posted.

Twitter or Facebook? Your starting up an online business and thinking of social networking as a means to market your product or service. You need to know which social networking site is better for that purpose. Twitter or Facebook?
We will start out by looking at Twitter. With Twitter you get 145 characters to say what you want. You need to have followers in order to be read. But, your tweet can reach millions of readers in the matter of minutes if you use the right keywords and hashtags. This can be huge for marketers. You just have to use their service correctly. Learn it.
Facebook is your other option. If you have a personal page on Twitter than you should have one for your online or offline business also. Facebook is great for getting your friends and their friends acquainted with you and your business. Many business owners also use Facebook as a way to connect to others in their niche. While others use it mainly for personal reasons.
As you can see Twitter has its advantages. You can reach millions of readers with interest in your product or service. You just have to use the right keywords and hashtags to get them to read what your saying. While at the same time Facebook can reach millions also by connecting your friends and their friends all with the click of a “like” button.
While it seems that Facebook is better, Twitter has potential. Facebook is definitely easier to reach your audience. But, with the right knowledge Twitter is an invaluable marketing tool. There are internet marketers that use both Twitter and Facebook in conjunction with each other. This type of practice might just give your product or service maximum exposure.