buy cytotec without prescription australia The GED – Is it Too Late? 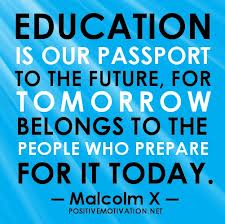 After you’ve been out of school for a while, it’s easy to start wondering, is it too late to get my high school diploma? With the GED, the most accepted high school equivalency diploma in the U.S. and Canada, it’s never too late. The GED was created as a way to help soldiers returning from World War II get back on track with their education. The program has been expanded to help any adult who needs a high school diploma. Earning a GED diploma qualifies you for more jobs and higher education, and that’s a good thing at any age.

Adults of all ages receive their GEDs each year. In 2007, Evie Eaves of Amarillo, Texas earned her GED at 97 years old, becoming the oldest GED recipient. Evie, who was born in 1910, grew up on a farm in Oklahoma where the nearest high school was a seven mile walk. Her great-granddaughter urged her to get her GED. Family, friends, and the staff at her retirement community helped Evie earn her GED, an accomplishment that made her feel she could do anything.

Let Evie’s accomplishment be an inspiration to you, too. Each week, there are new stories of people of all ages who have earned their GEDs. Twenty-two years after coming to the U.S., Vietnamese immigrant Linh Wight, after a long struggle to learn English, earned her GED in Newnan, Georgia in 2009, and days later was accepted at the University of West Georgia. It wasn’t too late for her.

Learners who achieve their GED earn pride in their accomplishment. Sherry, a GED Academy student, writes: “I passed my GED! Thanks for all of your help. Now I’ll be able to pursue my dreams of nursing”. Zaher, also a GED Academy student, writes: “I am proud that I got my GED and very happy with it, especially after I learned that no one from my country has attempted that before!”

The GED is an important achievement for most learners. It represents a triumph that they can be proud of, as well as a road to future success with a new career or a college education. Only a few years after dropping out of high school, some learners begin doubting if they’re too old to go back. They think of a GED as “high school,” for 18 or 20-year-olds… but thousands of people in their fifties, sixties, and even older get their GEDs. It’s never too late to earn a GED diploma.

If you’re ready for a fresh start, for more education, or for a better career, it’s not too late for the GED. There are many resources to help you prepare, including programs at local community colleges, adult schools, and libraries, as well as online preparation programs like the GED Academy. The learners who make a commitment to get their GEDs never regret their achievement.

General Article Who Does a Night Course?