About half a century ago, African leaders established the Organization of African Unity partly to promote socio-economic structures aimed at improving the welfare of the citizens and general integration of the continent. But owing to decades of political tensions and weak economic infrastructures, the goals have not materialized.
The success of the single European currency, Euro, which has become very central to many recent transformations in Europe by offering more efficient means of transacting businesses and using the human and institutional capabilities of the continent to foster more prosperity has shown the power of integrated monetary system in a globalizing world. As the world moves towards knowledge-based economic structures and data societies, which comprise networks of individuals, firms and nations that are linked electronically and in mutually dependent global relationships, the power of a single African currency has become very important. A single African currency, if realized, would radically redefine Africa’s social, political and economic landscapes and position the continent on a solid footing to tackle the enormous challenges of the 21st century.
This plan is poised to offer an African market with no internal frontiers in which the free movement of goods, persons, services and capital is ensured. A single currency stands for an Africa of unity, integration and strength. However, there is a possibility of potential failure of a single currency if implemented haphazardly with enormous consequences to not only Africa’s image but also the member states’ economies and, ultimately, the citizens.
Irrespective of the challenges and opportunities, a single currency will not just solve Africa’s problems overnight and it would be a mistake to hedge all the future developments of this continent on this venture.
As the new chairman of the African Union, Libyan Muammar al-Gaddafi, goes to work towards realizing the United States of Africa (by the way, I prefer, Union of African States), it is important that we evaluate this project beyond politics and solidarity. While it is possible to be carried away by the success of Euro, it is imperative that African leaders understand that the EU has been cooperating for decades and it took many years to realize the single currency after the Treaty of Rome. Signed by six nations (France, Germany, Belgium, Italy, Luxembourg and the Netherlands) on 25 March 1957, the Treaty created the European Economic Community (EEC) that provided the foundations for European unity based on the common values of peace, freedom, equality, the rule of law and democracy. Today, the EEC is the world’s largest free trade area.
An African equivalent of the Treaty of Rome is the Abuja Treaty signed on June 3, 1991. That Treaty created the African Economic Community (AEC). AEC provides the platforms for larger African market for negotiating favorable trading terms bilaterally and globally, boosting investment and economic diversifications. A larger market will support economies of scale, better market access and production efficiency through competition.
In addition, economically integrated Africa could provide stable exchange rate, increase cross-border trade with efficient banking clearing and payment systems. There will be more potentials for improved consumer welfare, stronger political and security ties in the continent. It promises to offer better fiscal and monetary cooperation among states with long-term macroeconomic stability.
Nonetheless, despite these potential benefits, the problems of poor transport and communication structures in Africa continue to limit more intra-regional and intra-continental trades among members. The incessant political tensions across the regions continue to affect the creation and expansion of trade. From South Africa to Nigeria, African nations continue to trade heavily with their ex-colonial rulers over African Union partners. As a result, many African products get to member states via Europe. For many of the fiscally undisciplined nations, a loss of national autonomy on macroeconomic policy could be challenging. Losing autonomy on currency devaluation and revaluation, fiscal and monetary policies on interest and exchange rates will present major worries across African capitals.
How this integration will play out is still not clear. Take for example, the Francophone Africa is considered an ‘undertrader’ despite the CFA franc zone having one of the most extensive monetary unions in the world. Projected data in case of doubling of trade (from integration) suggests that some of the five regional economic communities will have net welfare gains, while others will have losses. Yet, while the feasibility and desirability of a united African currency union could be debatable, the structure and dynamics of the globalizing world makes economic integration a necessity if the continent must survive global competition.
All the continent has to do is to approach the adoption of the single currency cautiously. African Union must work to strengthen the regional economic communities (REC) for better currency unions and financial integrations. This will involve transforming them, I suggest, into Knowledge Economic Communities (KEC) where knowledge will become the main factor of production with coherent trade shocks among member states. This means more funding for science education, better information networks and transportation systems, revamped innovation and entrepreneurial environment and vibrant democratic institutions. Afterwards, these KECs will converge to a single African economy of one currency to be managed by a continent-wide supranational central bank. A knowledge economic Africa with our vast resources will transform every aspect of modern commerce and industry and move millions out of poverty. 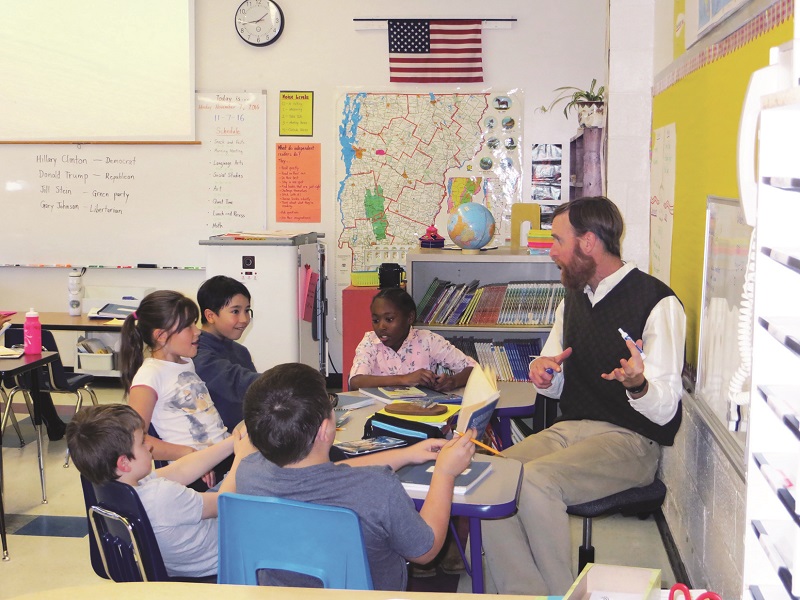 Fill out our on-line utility and take an necessary step towards becoming a Messiah Faculty Falcon! Since K+12 Training system was already implemented by our authorities, I believe that debating about whether or not to implement it is not rational. Education does not work because it’s now managed by inept organizations instead of educators. I had the feeling that educating wasn’t for me into my third 12 months and then switched faculties twice to see if it was me or if it was instructing.

Have to create a program whereby all kids in distant areas who needs to have higher training will reach it, additionally to avoid little one labor. Earlier than making use of for pupil educating, you will have to go all proficiencies, meet all GPA necessities and fulfill all stipulations for student educating from UNT’s School of Training. Like a few of the different faculties mentioned on this list, it is far more well-known for its continuing ed/Masters degree packages than its undergraduate curriculum.

The placement rate for graduates who have completed the credential and search a teaching place in the California public and private faculty settings is exemplary. Successful completion of the program certifies graduates to teach music at the P-12 level in Maryland public colleges and in different states with reciprocal certification agreements. SBU’s Department of Music is an accredited institutional member of the Nationwide Affiliation of Faculties of Music.

As well as, non-compulsory music instruction for similar to ensembles, choruses, band and orchestra are given at college after formal school hours. There are other ideas you must know about when choosing a profession in music training – this article revealed in late October can provide you some concepts. Simply from reading your article and the responses from folks within the uk , the us and australia i can see the crisis in training is sadly a global factor and that we academics are facing very related issues all over the place.

I’ve been criticizing positively the outdated system and the Ok-12 system of schooling since time immemorial as a result of each don’t cater for what the industries and national economy need. I even had a few enterprise house owners be downright impolite to me in interviews, practically insulting me for the fact that I was switching from training to working for a enterprise.

Presently, rather than work for the Department Of Training I might moderately scrub floors and choose up canine poop all day. The Music Schooling diploma also offers you with superior research in music theory, historical past, and numerous music genres. Charters could be selective and take this greatest students while public schools ALL THE TIME must take any college students who come to them, regardless of capacity.