http://lucfr.co.uk/about/ Moving Into Or Out of a Career – Why an Educational Program May Waste Time 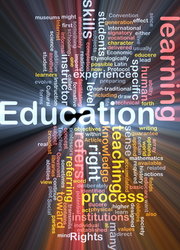 After ten years as a manager, “Elise” felt stuck. Her bosses kept telling her, “We can’t promote you until you take more courses in finance.” Elise took three finance courses and aced them. Her managers responded, “Now you need to take some marketing.” Two courses later, Elise began to wonder, “Am I wasting my time?”

Elise’s story is based on a true conversation, although the details are disguised. After we talked awhile, she said, “I think I need a new job – not more school.” She was probably right.

Education has helped many mid-life, mid-career executives and professionals who want to change careers. I’ve met dozens of managers who used education for networking. Others acquire skills that moved their resumes past the slush pile, right to the inboxes of hiring managers. However, choices have to be made carefully.

— Before beginning an educational program, talk to at least six people who have graduated in the last year. Older graduates entered a different market.

— Talk to recent graduates who resemble you as much as possible. If you’re in your forties or fifties, you probably can expect different outcomes than a twenty-something.

— Ask those graduates for a “before and after” scenario. “I worked for X company in a field I like. Now I work I still work for that company but now I have earned a promotion.” If you are considering a career change, your degree will play a very different role in your career. Some degree programs work well for a promotion in the same company, but will not help you gain credibility to start a new career in a new field.

See also  Clueless About Student Loans? Get Some Help Here

— Recognize that degree programs differ dramatically in reputation as well as requirements. Most advisors will tell you to choose an accredited university or program. However, unless you dig deeply, it’s hard to tell whether a particular university’s accreditation has meaning in the marketplace. Instead, talk to prospective employers and clients to learn which programs they value. Don’t be surprised if they discourage you from taking certain steps.

— Be skeptical of programs that seem too eager to recruit you or too easy once you get in. If all you need is a credit card, you won’t gain prestige from graduation. If most students get straight-As, future employers won’t place value on your degree. One employer told me, “I can’t say anything about graduates of that University. Some are really good and some are terrible. I think it’s because they accept everyone and give only good grades.”

Education In The World Outstanding in the Field: A Reluctant Messenger Sp…